Synergy Semiochemicals can provide solutions for

Synergy Semiochemicals, a Canadian company,  was incorporated in August 2004. We quickly established ourselves in the industry and have grown to become a leader in synthesis and formulation of bark beetle and wood borer semiochemicals. Our semiochemicals are manufactured in our warehouse under strict quality control.

Our staff have had decades of experience in synthesis, formulation and practical applications of semiochemicals. 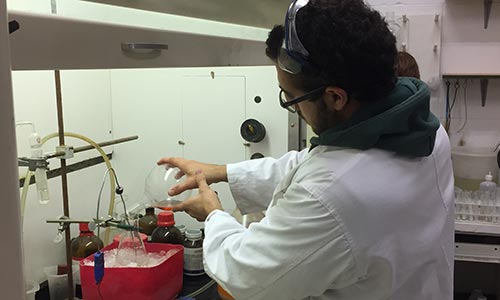 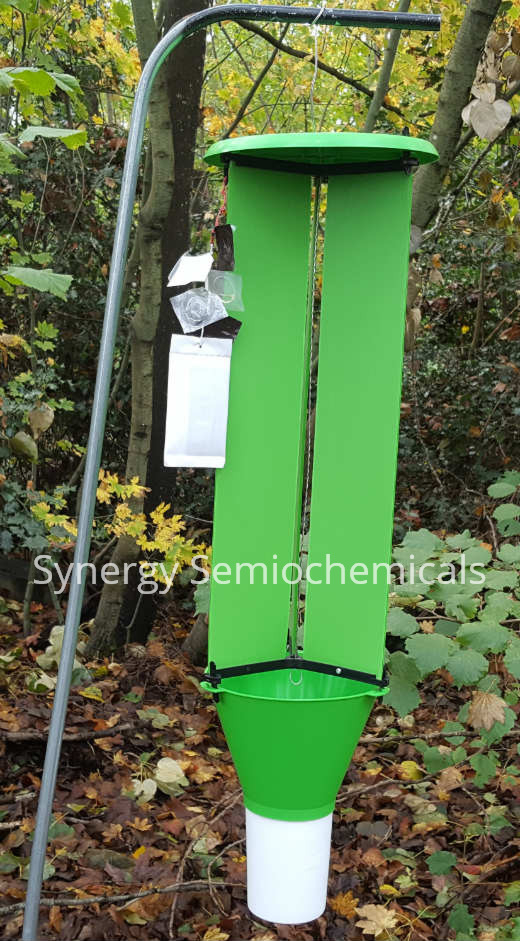 Our library of hundreds of different semiochemicals is extensive and available for your custom designed lures.

We can provide several release device technologies with which to tailor a custom controlled release solution for almost any semiochemical application.

Please contact us and ask how we can help you. 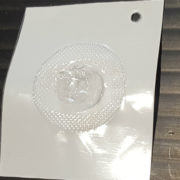 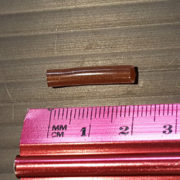 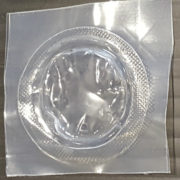 We have several innovative and new trap designs available.

We can provide  Multitraps and prism traps for your specific application.

We are here to assist you in finding the best product for your forestry and tree pest needs. Our customers return year after year because of our commitment to provide the right product to you at the right time, with fair pricing and exceptional customer service.

At Synergy Semiochemicals, we don’t use distributors to sell our products. We sell direct to you to ensure you receive the right product for your application.

Our products are simple to use but the best solution for your application may require a customized approach.

We research, manufacture, and test our lures, repellents and traps so that we know which ones to deploy under a wide variety of conditions.

We can quickly advise you and suggest the best products for your application.

Our personalized product support and quality manufacturing has ensured satisfied and loyal customers for over 10 years. 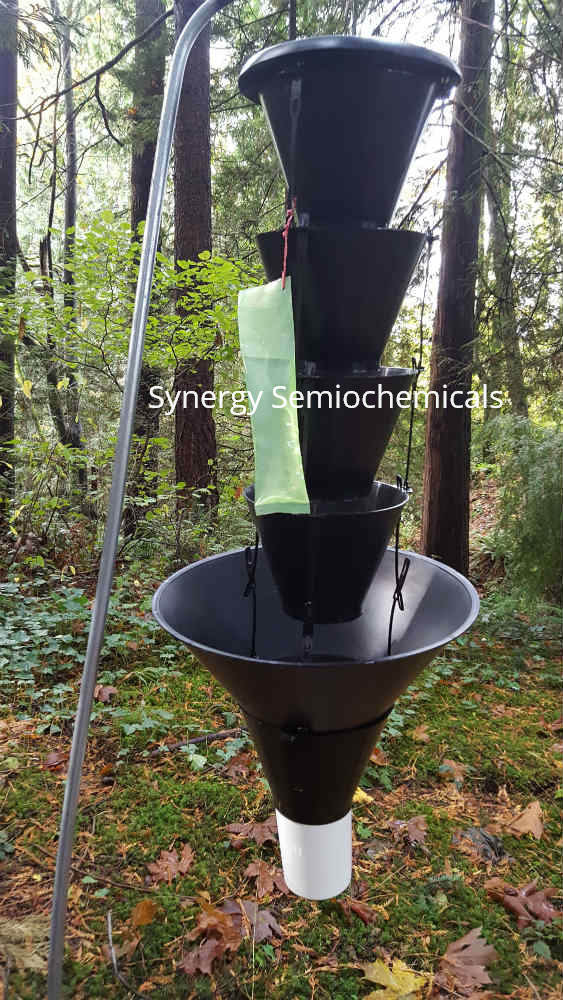 We participate in ongoing semiochemical research.

We keep abreast of new research by maintaining contact with the leading researchers in North America. We attend major scientific meetings and work groups.

Synergy is currently involved in a number of on-going collaborations:

Some of our past research projects:

Past President and Founder

David’s interest in chemistry began at an early age while concocting tasty foods in the kitchen of his family’s home in Alberta. He was a keen and curious guy and decided to study chemistry at Simon Fraser University in BC. David and a few of his chemistry colleagues formed a company called Stratford Chemicals. The lab was in the basement of David’s rental house on Stratford street in Vancouver. These eager chemists produced and marketed pheromones that had been the subject of chemical ecology research at the university.

Stratford was the training ground for David and with some cohorts expanded into Pherotech Inc. – which became a major player in the pheromone industry.

Over the years, David remained committed to researching and manufacturing semiochemicals for the forestry sector. He gained extensive knowledge from his hands-on approach both in the field and at the laboratory bench. He founded his own company, Synergy Semiochemicals in 2004. With a single employee, he worked tirelessly to build up a business that was one foot in the research sector and another foot in the business world.

During his years at Synergy, his close collaborations with the US, Canadian and international foresters, entomologists and semiochemical scientists allowed Synergy to gain a solid reputation for novel and high-quality products. No one denies that David’s ability to retain scientific facts was truly a gift. He became the walking encyclopedia for all things regarding forest insect chemical ecology. He attended many of the working group meetings and conferences and spent many hours talking shop to his colleagues over plenty of good food and beer.

Folks would often call David at Synergy to ask his opinion about some pheromone or semiochemical product. Usually, ½ hour later they would emerge with a thorough idea about why or how something could or could not work for a particular situation. His sense of humor was contagious, and his love of storytelling was always entertaining to the listener, while at the same time building the business.  His shoes cannot be filled now by any one person, but his legacy will continue. 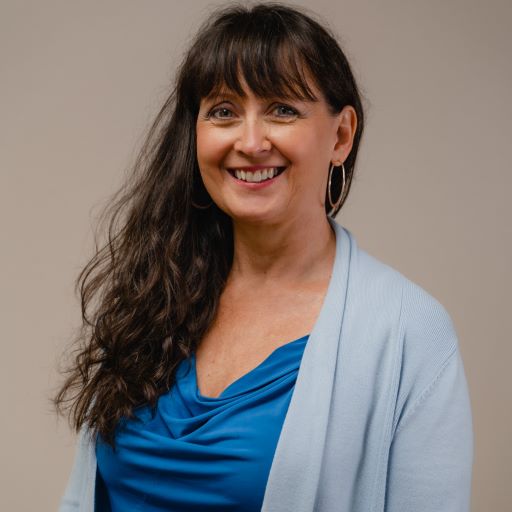 Marcia has been working with Synergy since 2011 and as the younger sister of Synergy founder David Wakarchuk, she has been trained directly in many aspects of the Semiochemical industry. As President she brings continuity and strengthening of our relationships with customers and a strong vision for the future.
Marcia provides oversite and coordination for our diverse team of experts, ensuring that our customers receive accurate sales and technical support to source the correct Semiochemicals products for their needs. With a graduate degree in Molecular Biology and Genetics, business management training and time working internationally, Marcia brings a breadth of knowledge and experience to her role. 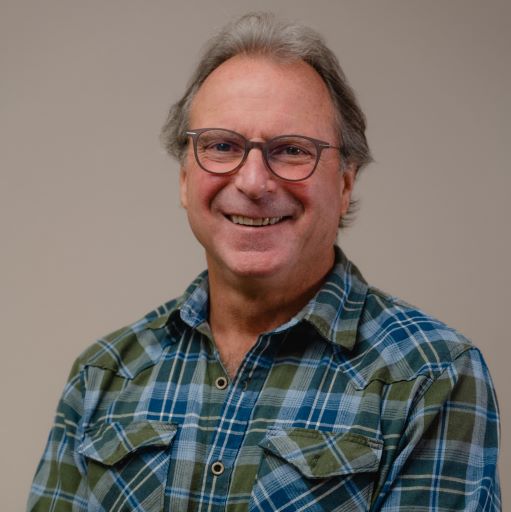 Bob comes to Synergy with several decades of experience in entomology, forest health and the manufacture/application/sale of custom synthetic molecules. His Semiochemicals education was gained in the lab of Dr J.H. Borden at SFU and while working for Pherotech in the early 1990’s. Several more years were spent in forest health consulting and field operations throughout the forests of western Canada. International experience was gained working at The University of Iowa implementing an area-wide control program for subterranean termites and participating in 5 Isopteran biodiversity expeditions to central and south America with Dr Rudi Scheffrahn, of the University of Florida. 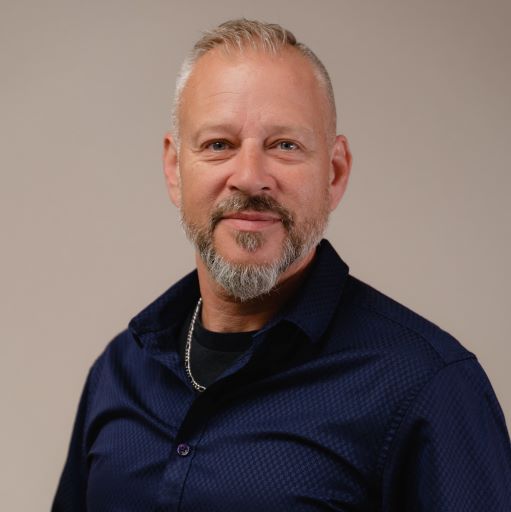 Mark comes to Synergy with a combination of training, skills and industrial experience that make him the perfect operations manager. His training includes a degree in Environmental Science with numerous industrial certifications gained while on the job. With extensive experience in operations management and custom solutions development in a range of industrial chemistry settings, Mark continually strives to create an efficient environment for our chemistry and manufacturing teams. His efforts behind the scenes support the entire team and result in the high-quality products we ship daily to our end users. 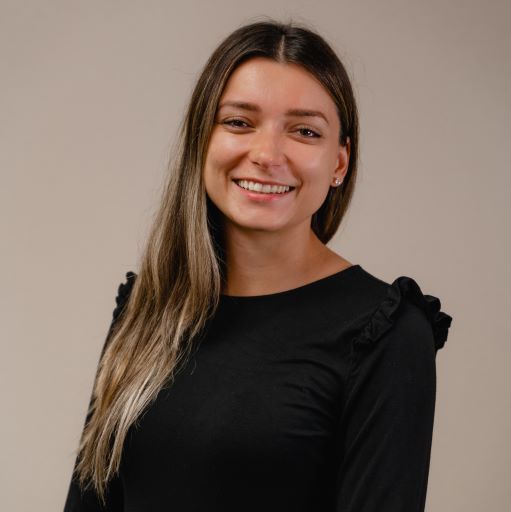 Vaida brings a decade of experience in business and finance in the service and manufacturing industries. Completing a Bachelor’s of International Business Administration at Kaunas University of Technology in Lithuania, she focused on International dimensions of business, strategic business management and innovation. Her education continues in pursuit of an Accounting Diploma at BCIT. With a passion for travel and learning new languages she lived in 5 different countries before arriving in Canada 10 years ago. She supports our customers and vendors with all their full-cycle accounting needs in addition to assisting with order processing. 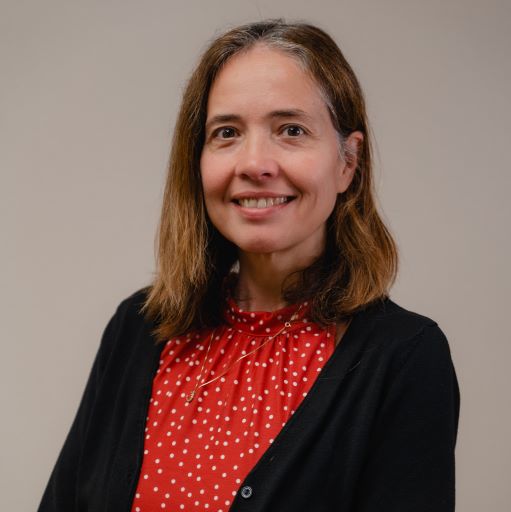 Michelle comes to Synergy with a keen interest in nature and insects. With an education in Office Administration and 24 years experience with large companies such as Seaspan, she brings our team substantial expertise in office management, logistics and communications. Michelle is on the front line answering your requests and will guide customers through the full ordering cycle. She provides timely quotes, sales order intake and helps smooth shipping for our customers over 50 different countries. 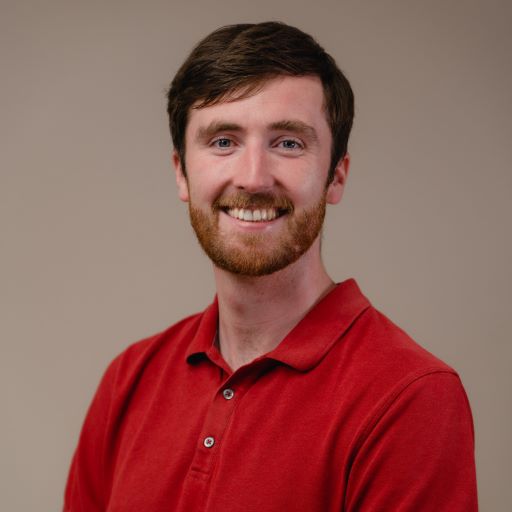 From County Clare, Ireland, Tom completed a BSc. in Pharmaceutical and Industrial Chemistry at the University of Limerick. Shortly after graduation Tom moved to Vancouver and fell in love with what coastal BC had to offer. He spent time working in construction (Framing and forming) before taking an opportunity to work in the chemistry field with Maaxam Analytical Labs. Tom joined Synergy Semiochemicals Corp in January of 2020 looking to gain further experience in novel chemistry applications and product formulation. He has become an integral part of our team, providing the bridge from neat chemicals to formulated products, and assisting in implementing our constant QC efforts. 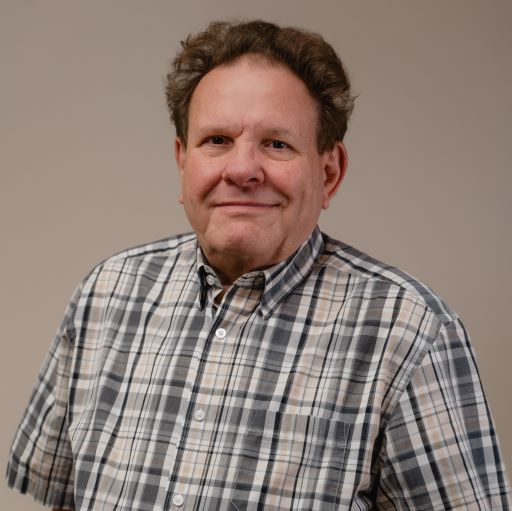 Abilio joined Synergy in 2017 as an eager and experienced scientist. He reigns from Cuba but calls Canada home now. He has a Ph.D. in Natural Products Chemistry from the Institute of Organic Chemistry and Biochemistry, Prague, Czech Republic. His role at Synergy is multifaceted. Most days you can find him on the production floor manufacturing and packing orders. Quality control is a key part of his role. He helps with inventory and the maintenance of our stock of core products. He enjoys and assists in researching new products and markets for Synergy’s ongoing needs. Abilio is a valued member of the sales and logistics team, ensuring that orders are processed quickly and accurately and packaged well for on time delivery to our customers. 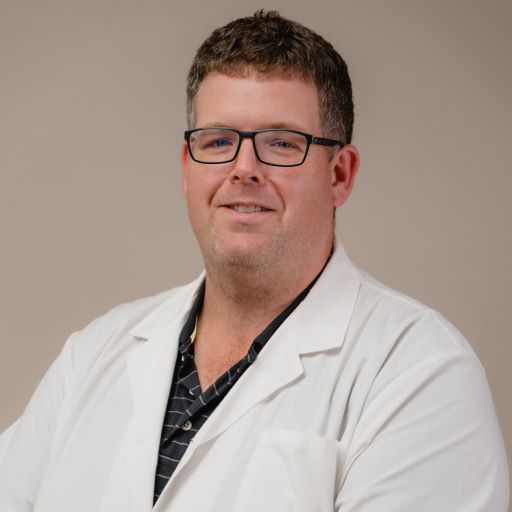 Mike joined Synergy as a chemist in 2019, bringing a diverse scientific background in medicinal and materials chemistry. Gaining a Ph.D. in inorganic chemistry from the University of Otago, New Zealand, Mike spent several more years completing post doctoral studies in New Zealand and at UBC in Vancouver BC. We are happy that Mike chose to call southern BC home, as he has become a valued member on our synthetic chemistry and product formulation team. His dedication and expertise contribute to our ongoing product development and novel semiochemical products. 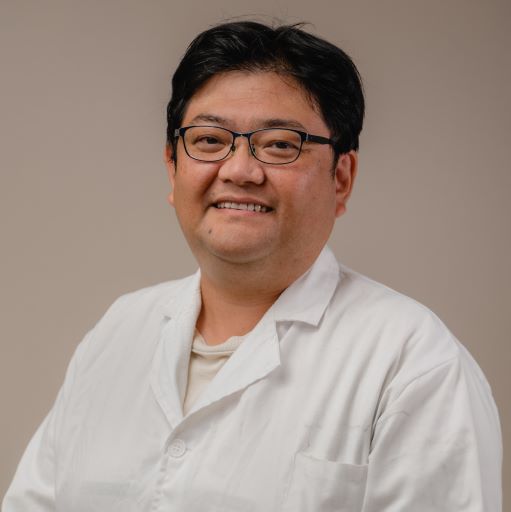 Eisuke came to Synergy as a chemist and chemical engineer with substantial industry knowledge. Synergy’s chemists are at the heart of our business. The range of demands faced by our semiochemical synthesis lab is complex, and Eisuke’s diverse set of skills and expertise is a perfect fit for Synergy’s synthesis and R&D needs. His extensive educational training includes a BSc in biomolecular chemistry and Masters in Engineering of environmental chemistry from Tokyo institute of Technology, a Masters in Engineering green Bio Products from University of British Columba, and a PhD in Food Science from Technical University of Muenchen. Eisuke’s training has been bolstered by many years of experience in the field applying a range of applications in industry including, chemical synthesis and biochemical synthesis of chiral compounds, synthetic chemistry, organometallic chemistry, polymer chemistry, photo and thermo chemistry, microelectronics and analytical techniques.