You can download the PDF file below for the latest product list. If there is a lure or component that you do not see listed, please contact us to see if we can make it for you.

If you need some further details about our products, please see the tabs below.

Once you are ready to order, click here or contact us via email or phone. We will be happy to assist you. 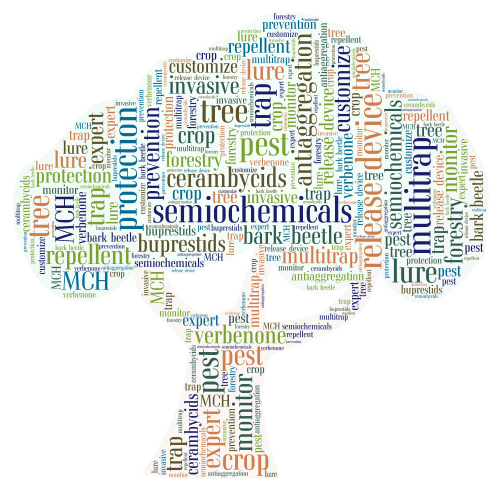 A Guide to Synergy Semiochemical’s Lures, Tree Baits, and Repellents

Synergy’s semiochemical products are non-toxic and harmless to the environment compared to some conventional pesticides. Our products can attract or repel insects using nature’s own chemical signals and are not designed to kill insects. It is important to understand how they work, which one to use, and best practices for handling these products.

What is a Lure vs. a Repellent?

We can help you understand the distinction between attracting beetles to your trees with a tree bait or a Multitrap baited with a lure,  as opposed to repelling beetles from your trees using semiochemical-based repellent devices.

Read further details in the tabs below.

What is a Semiochemical Release Device?

A release device is used to contain semiochemicals for deployment in the field. 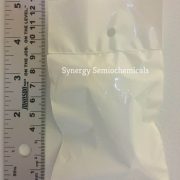 What is a Lure?

Lures are comprised of semiochemicals such as pheromones, allomones or kairomones that mimic nature’s chemical communication between animals, insects, and plants. Semiochemicals can be used to manipulate behavior both of pests and beneficial insects. Synergy’s lures are designed to attract beetles into a trap. Each lure is custom manufactured for a specific species of beetle or family of beetles. 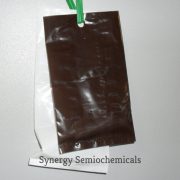 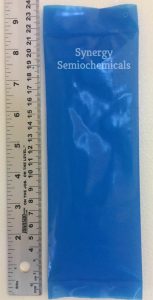 Most of Synergy lures will last in the field for around 60-90 days depending on ambient air temperature. If you are in an extreme environment, the release rate from each lure component may differ and we can advise you when to replace them.

If you cannot find your specific lure on our product listing, please contact us to see if we can make it for you.

Moths and Other Lures

How to hang trap lures

What is a Tree Bait? 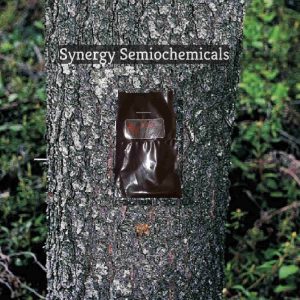 What is a Repellent?

Semiochemical repellents are also comprised of pheromones, allomones or kairomones. Repelling beetles is like hanging a “no vacancy” sign on the tree. The semiochemical plume from the repellent tricks beetles into believing that the tree is not suitable for breeding. Beetles will keep flying trying to find a suitable tree. If there is sufficient repellent, the beetles fly until they die from lack of food or are killed by predators. 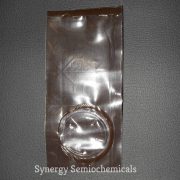 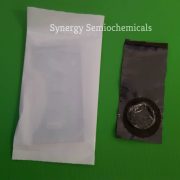 When would I use a trap?

Trapping is generally not recommended to eliminate a population of beetles but can be used strategically for monitoring or targeting populations in specific geographic areas.

Synergy is happy to advise you on the best Multitrap configuration and lure selection for your particular pest problems.

How to Hang Trap Lures

The small white, brown, and green bags and pouches containing lures SHOULD NOT be opened prior to use. The semiochemical contents are usually liquid form within bubble caps, bottles or pouches. The quantity of liquid can often be in very small quantities.

The bags, bubble caps or pouches for funnel traps are hole punched at the top or on the corner to help attach the lures to traps using twist-ties or cable ties.

Rubber septa lures can be taken out of the overpack to hang directly on a trap. Standard practice is to impale the septa with a pin, such as a safety pin and then pin it directly onto a connector/leg of the trap. 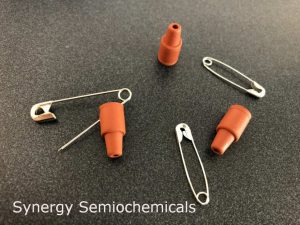 Research by Byers, (J. Chem. Ecol. 13:2143-2157, 1987), working with Western Pine Beetle lure components has shown that trap catches are reduced the further the lure components are separated. Byers also states that with increased separation of the lure components the likelihood of confusion effects increases. Intuitively a compact semiochemical plume can be perceived at a greater distance than can a diffused plume. With multi-component lures it is assumed that all components must be perceived simultaneously for the maximum synergistic effect. For these reasons, we recommend multi-component lures have all components released from the same position within the trap. 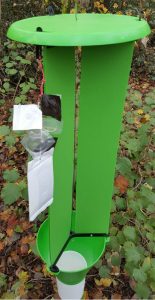 Use twist ties to attach single or multiple lure components to the top of the trap near the canopy.

In sunlight, air currents move up the bole of a tree. It is presumed that the same phenomenon will occur with funnel traps.

With our new larger bore funnels, you have the choice of hanging all lures either on the outside or inside of the trap approximately ¼ of the way up from the collection cup.

Hanging lures on the inside central channel of the trap can allow for maximum dispersion of the semiochemical plume inside the trap while also offering protection for the lure. However, large lures such as UHRs can obstruct insects falling through the central channel into the collection cup.

As mentioned above with the Synergy Multitrap, hang lures with twist ties on the outside or the inside of the Funnel Trap II, approximately ¼ of the way up from the collection cup.

The small white, brown, and green bags and pouches containing lures or tree baits SHOULD NOT be opened prior to use. If the small bag is accidentally opened or punctured, and any free liquid is present, please wear gloves to protect your skin and dispose of the damaged lure in the trash. Any liquid contents that come in contact with your skin should be washed in warm soapy water.

The bags for funnel traps are hole punched at the top to help attach the lures to traps using twist-ties or cable ties.

Bags containing tree baits are nailed or stapled directly to a tree.

Repellents like Synergy Shield MCH and Verbenone are sold in plastic bubbles and should not be punctured when deploying on trees. The long flashing on the bubble allows for a nail or staple to be placed safely away from the bubble’s contents. Handling bubbles with gloves is a good idea as some of the smell of the repellent may reside on the outside of the bubbles. Any leaky or punctured bubbles should be handled with gloves and disposed of in the trash.

Synergy Shield Verbenone are sold in plastic pouches. The pouches should be nailed or stapled in the area of the flashing when deploying on trees, taking care to not puncture the liquid pouch. Any leaky or punctured pouches should be handled with gloves and disposed of in the trash.

General Guidelines for Use and Disposal of Lures, Tree Baits, and Repellents
Scroll to top